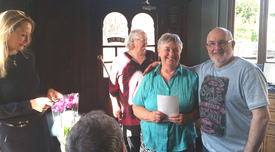 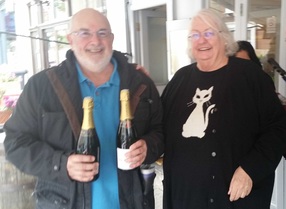 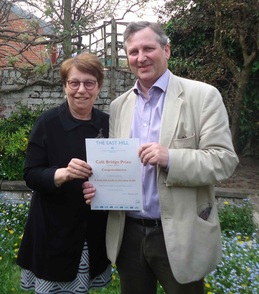 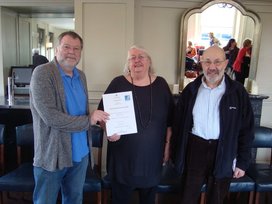 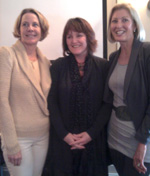 Winners Jan Malcolm  & Theresa Smith  65% (ahead of the field by 5%)
Pictured with Sarah of Age UK Wandsworth. 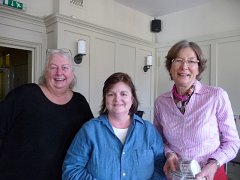